Don’t panic — it’s not actually flooding in Kaunas now.  But it has in the past.  The Nemunas and Neris rivers flooded the city repeatedly over the centuries.  According to a 2006 EU-funded report on flood prevention,

That’s a lot of flooding!  The construction of a dam for the hydroelectric power plant on the Nemunas River in 1959 greatly reduced risk of flooding.  You can still see evidence of the past flood risk — the Vytautas Church has a flood level measurement marker on its exterior.  There is also a line carved into a wall of the central post office building on Laisvės Alėja showing the high point of the March 1946 flood, the highest on record.  It’s pretty amazing to stand at that spot in the city center and to realize how far away you are from the river yet the water was so deep there during the flood. 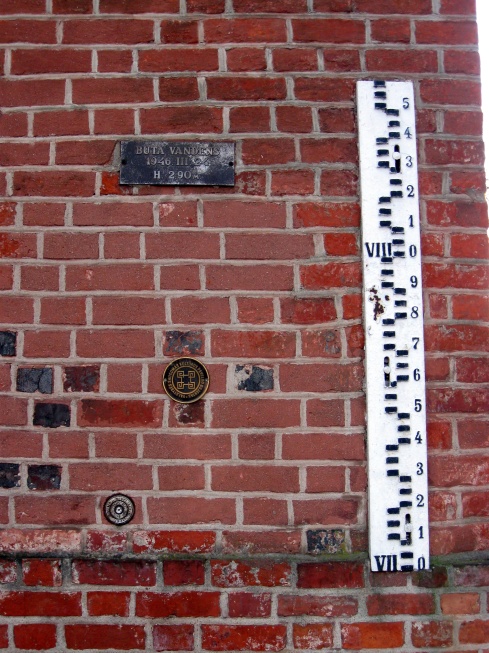 Flood marker on the exterior of the Vytautas Church. The plaque on the left marks the 1946 flood. 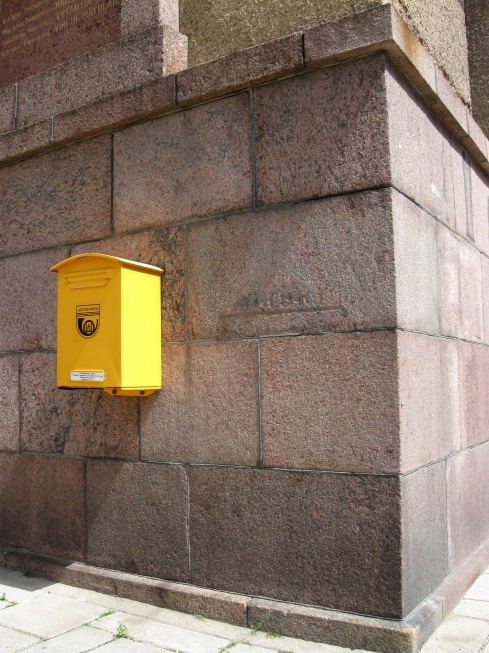 To the right of the mail box, you can just see a carved line that marks the high point of the 1946 flood in the center of the city.

Creating academic and public environments for the humanities to flourish Researching Soviet and Eastern European history Engaging people and ideas as a writer and interviewer Traveling as much as possible END_OF_DOCUMENT_TOKEN_TO_BE_REPLACED
This entry was posted on Monday, July 18th, 2011 at 1:00 pm and posted in Life in Kaunas. You can follow any responses to this entry through the RSS 2.0 feed.
« My Lithuania 25th Anniversary
Lithuania = North Florida »