On July 15, 1933, pilots Steponas Darius and Stasys Girėnas — Lithuanian immigrants to the United States — took off from Floyd Bennett Field in New York.  Their goal was to fly non-stop across the Atlantic and Europe to Kaunas, Lithuania.  Unfortunately, they crashed and were both killed only 650 km short of their destination.  They were originally buried in the old Kaunas cemetery in what is now Ramybės park by my house.  During the Soviet period, they were re-buried in the Military Cemetery in the outskirts of town. Lithuanians see the image of Darius and Girėnas every day — they are featured on the ten litas note. 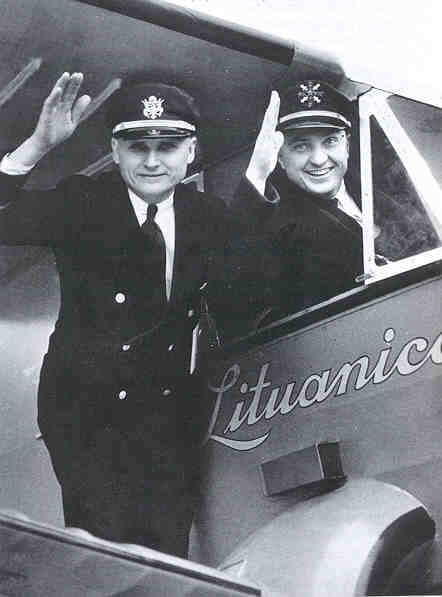 Addendum:  On Friday evening, I went for a walk in Ąžuolynas Park with a friend — and, quite coincidentally, saw the Darius and Girėnas monument for the first time.  The monument was built in 1993 using a initially design prepared in 1937 but never constructed. 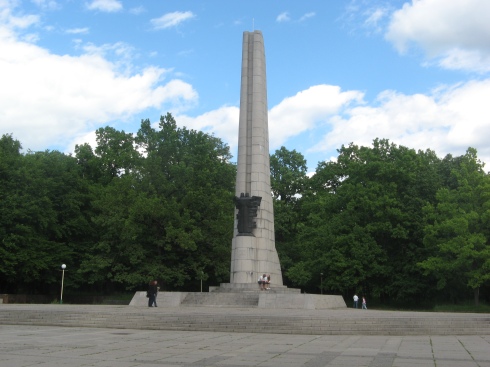 Creating academic and public environments for the humanities to flourish Researching Soviet and Eastern European history Engaging people and ideas as a writer and interviewer Traveling as much as possible END_OF_DOCUMENT_TOKEN_TO_BE_REPLACED
This entry was posted on Friday, July 15th, 2011 at 1:00 pm and posted in Life in Kaunas. You can follow any responses to this entry through the RSS 2.0 feed.
« “My” Gift to Lithuania
The Weight of History »