I’m especially thankful that, except for an annoying cough, I sufficiently recovered from the horrible virus I had earlier in the week to enjoy getting out and about this weekend in Vilnius an dKaunas with my visiting American friend. 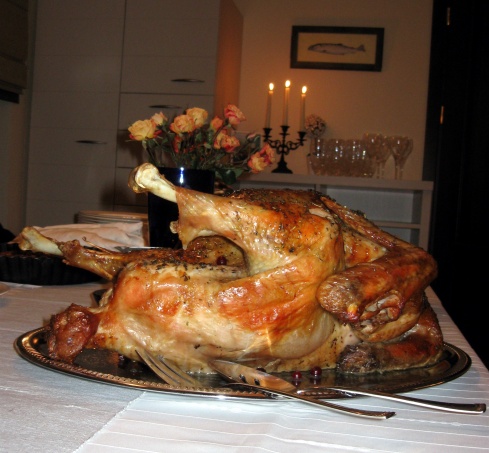 The Turkey (plus we had all the fixings)

Creating academic and public environments for the humanities to flourish Researching Soviet and Eastern European history Engaging people and ideas as a writer and interviewer Traveling as much as possible END_OF_DOCUMENT_TOKEN_TO_BE_REPLACED
This entry was posted on Sunday, November 28th, 2010 at 6:56 pm and posted in An American Abroad. You can follow any responses to this entry through the RSS 2.0 feed.
« Art Walk in Snow Flurries
Welcome to Winter »