In 2009, I decided that I would train for the Vilnius Half-Marathon.  It seemed like a good goal since it would be held on my last weekend in Vilnius after living here for nine months.  I’d only been running for a year and was running about 3 miles at the time.  I found a training schedule on-line and got started, but couldn’t get past 6 miles.   I was traveling a lot which made it difficult to stick to a training schedule.  And I found it hard to stay motivated training by myself.  So, in the end, I didn’t run the half-marathon.

I returned to Seattle and my brother challenged me to try again at training for a half-marathon.  He even promised to come from Northern California to Seattle to run with me.  We registered for the Snoqualmie Half-Marathon and I started training.  On May 1, 2010, I ran my first half-marathon.  I was quite proud of myself and wanted to do another one.  So I set my sights on running the 2010 Vilnius Half-Marathon since I would be back just in time for this year’s race.

Unfortunately I injured my knee training for the Snoqualmie Half-Marathon and it ended up being a long recovery.  In fact, I haven’t run since May.  Today, instead of running in the half-marathon in Vilnius, I was standing on the sideline and taking photos.  As I saw the runners going by the Cathedral, I really, really wanted to be out there.  I’m still hoping that my knee problems will be resolved and that I can start running again.  There is always the 2011 Vilnius Half-Marathon to look forward to.   Maybe the third attempt will be the charm! 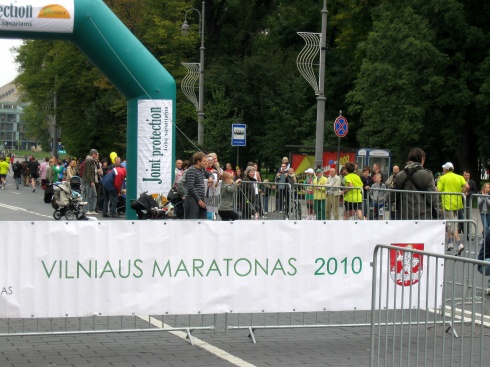 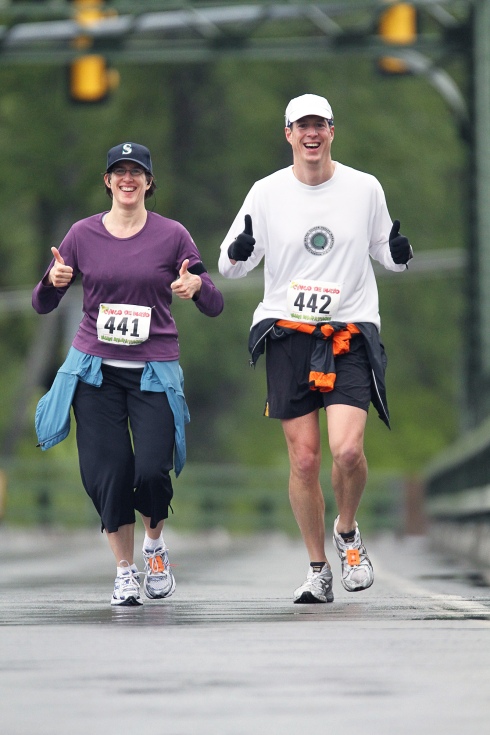 Creating academic and public environments for the humanities to flourish Researching Soviet and Eastern European history Engaging people and ideas as a writer and interviewer Traveling as much as possible END_OF_DOCUMENT_TOKEN_TO_BE_REPLACED
This entry was posted on Sunday, September 12th, 2010 at 2:20 pm and posted in Life In Vilnius. You can follow any responses to this entry through the RSS 2.0 feed.
« Divided Loyalties
PINK! »